Podcasts: The History of Podcasts & When They Were Invented

What is a podcast?

Features of a podcast

The origin of podcasts: How did podcasts begin?

A timeline of the history of podcasts

What is NOT a podcast?

Podcasts: The History of Podcasts & When They Were Invented Have you ever wondered how podcasts got their start?

Who was the first podcaster? Where did the word podcast come from, and when did they become so popular?

If these questions intrigue you, you’re in the right place!

In this article, we’ll do a deep dive into what makes a podcast (with a few current examples), a history of podcasts, and a timeline of how the podcast went from its invention to the massive content channel it is today.

What is a podcast?

In the highly unlikely event that you haven’t experienced a podcast yet, let us enlighten you!

When they started, podcasts would’ve been best described as on-demand radio. They were audio shows, available in episodes that listeners could find and download online.

Instead of turning on the radio, listeners use a podcast listening app like Apple Podcasts or Spotify to subscribe and listen to their favorite shows as often as a new episode dropped.

Today, podcasts have evolved into a highly diverse medium. Many are still audio-only shows, but many podcasters are realizing the benefit of adding video so they can stream to YouTube, Twitch, and social media.

Features of a podcast

The true definition of a podcast is still up for debate. The medium has been evolving ever since its creation—in fact, it’s been years since podcasts were an audio-only content channel. But podcasts typically have the following features:

Whether the release schedule is weekly, daily, monthly, or an entire season at once, podcasts are released in individual chapters or episodes.

Each episode follows a similar pattern. Most non-fiction podcasts have an intro, the main content (which might be broken up into a few recurring segments), and an outro—with a few sponsored ads thrown in.

Hosted on the web

Podcast episodes should be stored online so that new episodes can be found and downloaded by subscribers. While it’s possible to host a podcast on your own website or server, most podcasters use one of many podcast hosting platforms dedicated to the task.

A podcast should have an RSS (really simple syndication) feed, which is a web feed that lets applications and their users access automatic content updates.

Audiences use RSS feeds to personalize their subscriptions and stay on top of new content from their favorite creators. For example, you can subscribe to a blog’s RSS feed to get new blog content delivered to your email inbox or RSS reader.

For podcasts, podcast creators submit their show’s RSS feed to all of the popular podcast listening apps. From there, listeners can find and subscribe to podcasts directly using their favorite listening app (like Apple Podcasts, Spotify, or Stitcher).

Podcasts usually follow a particular theme or topic. Some of the most popular podcast categories include:

Let’s look at a few examples of some of the most popular podcasts today, according to Apple’s top charts:

Crime Junkie is one of the most popular current true crime podcasts. The show is hosted by Ashley Flowers and Brit Prawat, and each weekly episode details a new real-world mystery involving a disappearance, murder, or serial killer.

As you might guess from the name, The Daily is a daily news podcast from the New York Times. Hosted by journalists Michael Barbaro and Sabrina Tavernise, each episode runs about 20 minutes and is released every weekday at 6 a.m. EST.

SmartLess is a weekly interview podcast hosted by actors and comedians Jason Bateman, Sean Hayes, and Will Arnett. This podcast's popularity stems both from the big-name guests (like Sandra Bullock and John Legend) and its authentic, organic dialogue with plenty of jokes thrown in.

Blood Ties is a fiction podcast—also known as an audio drama—that tells the story of a gruesome but intriguing family drama by bringing the narrative to life in six episodes per season. The show stars Gillian Jacobs, Christian Navarro, and Peter Stormare.

The origin of podcasts: How did podcasts begin?

Most people agree that the inventors of the podcast were Adam Curry (a former MTV VJ) and Dave Winer (a software developer). These two friends wanted to find a way to download online radio broadcasts to an iPod—a game-changing device that had been released a few years earlier in 2001.

Why is it called a podcast?

The term “podcast” comes from two words: iPod and broadcast. Given how the medium got its start, the name makes sense.

Podcast creators Adam Curry and Dave Winer used an RSS (Really Simple Syndication) aggregator software along with a program Curry invented, called iPodder, to extract audio files and transfer them to an iPod. They could then listen to radio broadcasts on-demand and on the go, all from their iPods.

When did podcasts become so popular?

Podcasts have been steadily increasing in popularity since 2004 when they were first invented—but a good argument can be made that their popularity really took off after 2014.

This was the year when narrative podcasts (especially true-crime shows) began to be introduced into popular culture. Rising interest led to higher and higher podcast production value, which caused the popularity of podcasts to snowball dramatically.

Why are podcasts so popular today?

Podcasts are the ultimate mix of convenience and on-demand entertainment. They’re versatile, too; you can listen to your daily news podcast while walking the dog or doing the dishes—but if you have a bit more time or want to be more engaged, you can also watch video clips of your favorite podcast on YouTube.

And the medium itself offers something others simply lack: an intimate and personalized nature. When you subscribe to a podcast, you’re hearing the hosts’ voices in your ear for what may be hours every week. Listening to your favorite podcast hosts starts to feel like hanging out with friends—and understandably, this feeling leads to stronger loyalty and higher listener engagement.

A timeline of the history of podcasts

Podcast history spans over fifteen years, and it can generally be broken up into four stages: the beginning, the rise of podcasting, mainstream popularity, and the era we’re in now (the battle for market share among the biggest streaming platforms).

Let’s look at a few of the most notable events in podcasts’ history, according to International Podcast Day.

What is NOT a podcast?

In 2022 and beyond, podcasts can be many things. They can be a daily news broadcast, a fictional audio drama, a video interview show, or a live stream. But what kinds of content shouldn’t be considered podcasts?

In general, a podcast is an episodic show with a consistent structure. It should be hosted on the web and distributed via RSS so that listeners can find and access it using a podcast listening app like Apple Podcasts or Spotify.

Anything that doesn’t fit those qualifications may not be considered a podcast.

But podcast creators can start a podcast, host it on a podcast hosting platform, and also share it on YouTube as part of their audience-building strategy.

To learn more, check out our article: How to Start a Podcast on YouTube in 7 Steps [2022 Guide].

How do you find podcasts?

The easiest way to find and discover podcasts is to use a podcast directory like:

Each of these platforms aggregates and indexes podcasts, so users can simply use their search function to look for new shows based on keywords, categories, host names, or podcast titles.

Can you watch podcasts for free?

While some podcasters monetize their show by making some content subscriber-only, most podcasts are free to watch or listen to. You can watch podcasts on YouTube or through your favorite podcast app.

How many podcasts are there right now?

According to Podcast Index (the largest directory of podcasts in the world), there are 4,113,749 podcasts in existence at the time of this writing.

What is another name for a podcast?

A podcast can also be referred to as a: 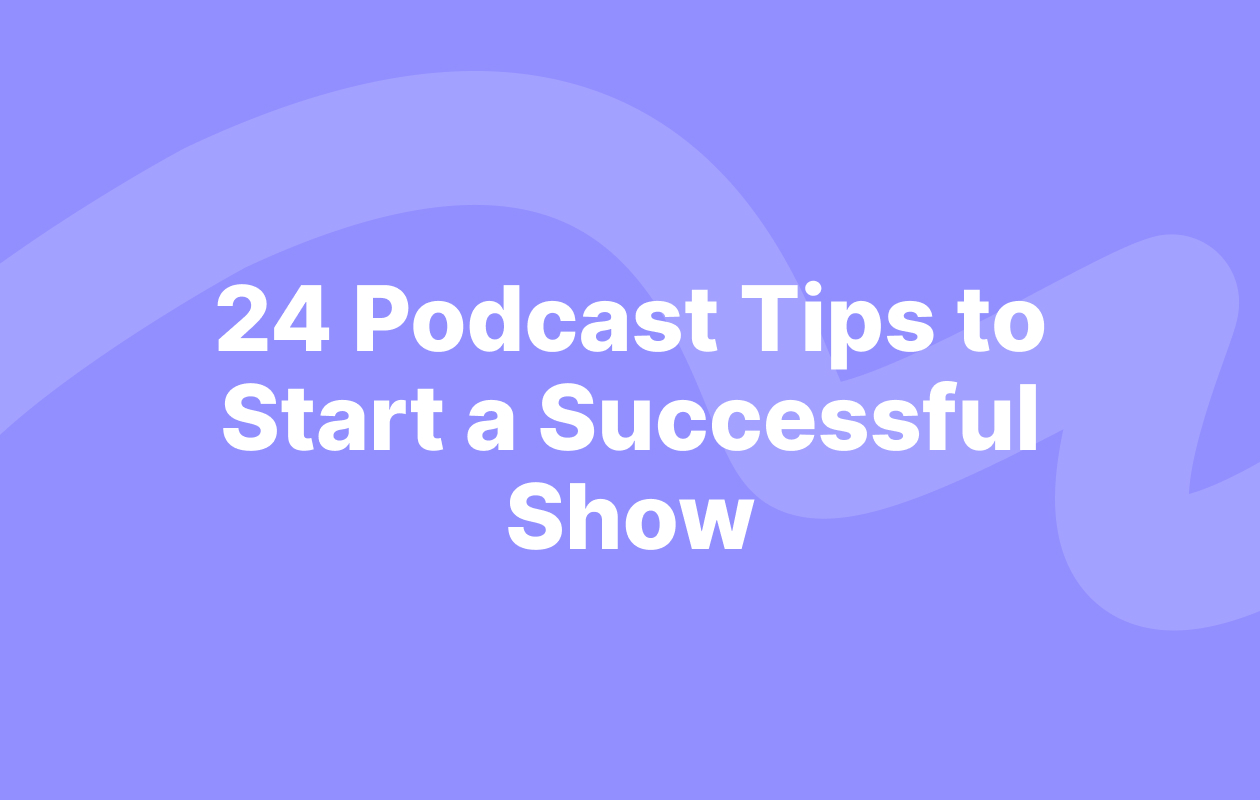 Learn the best podcast tips for starting a successful podcast whether you are a complete beginner or you have already started your podcasting journey.

Learn the best podcast tips for starting a successful podcast whether you are a complete beginner or you have already started your podcasting journey. 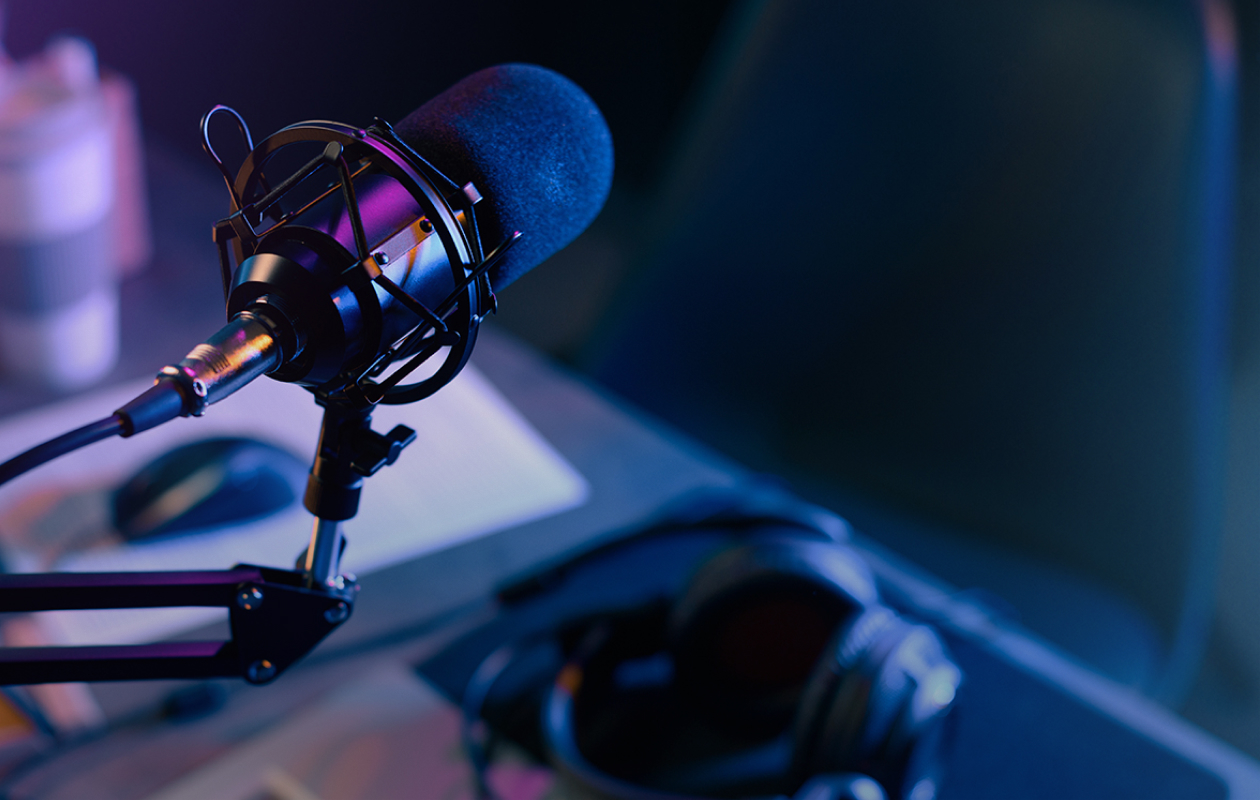 Listen to these top 55+ podcasts for 2022! Our ultimate list covers all the top podcasts for genres including crime, news, sports, and more.

Listen to these top 55+ podcasts for 2022! Our ultimate list covers all the top podcasts for genres including crime, news, sports, and more. 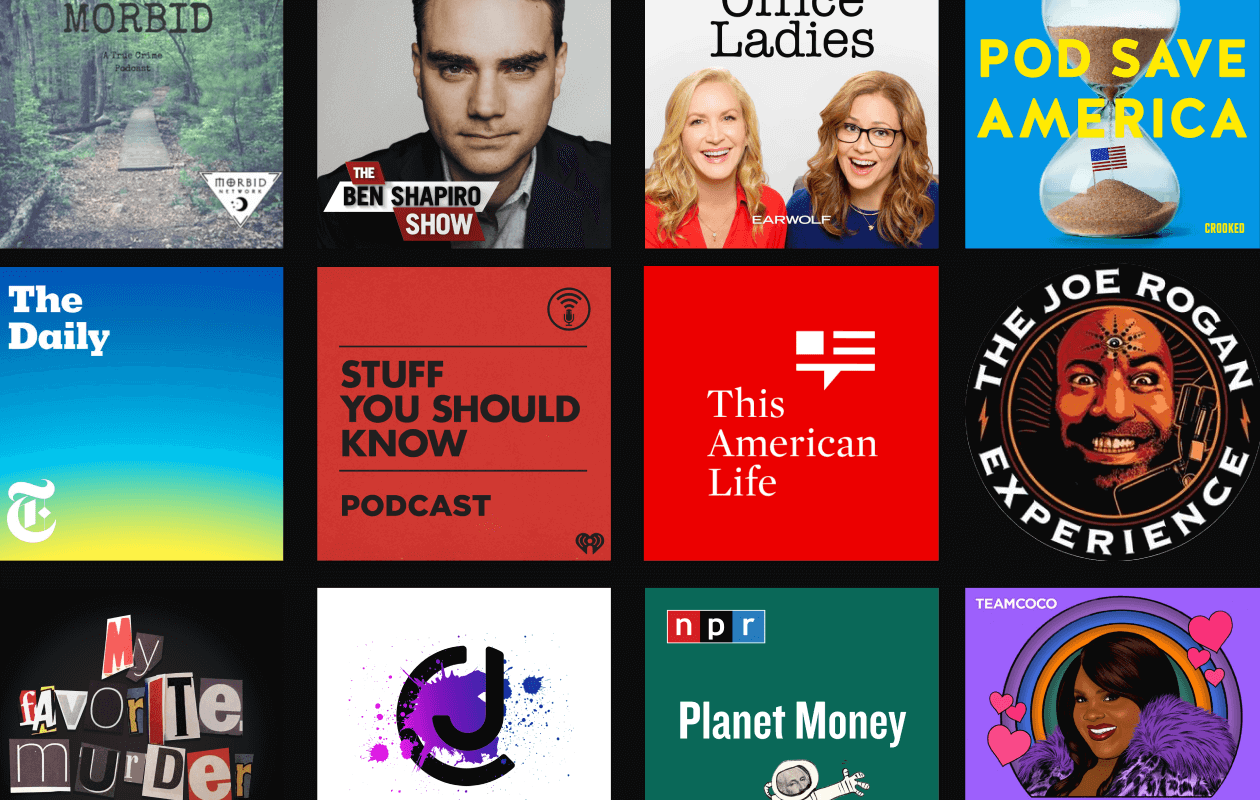 Discover the best podcasts you should listen to right now for 2022! Our list covers the top 14 most popular podcasts on Spotify, Apple and worldwide.

Discover the best podcasts you should listen to right now for 2022! Our list covers the top 14 most popular podcasts on Spotify, Apple and worldwide.