When To Use B-roll?

How To Shoot B-roll?

How to Edit B-roll? 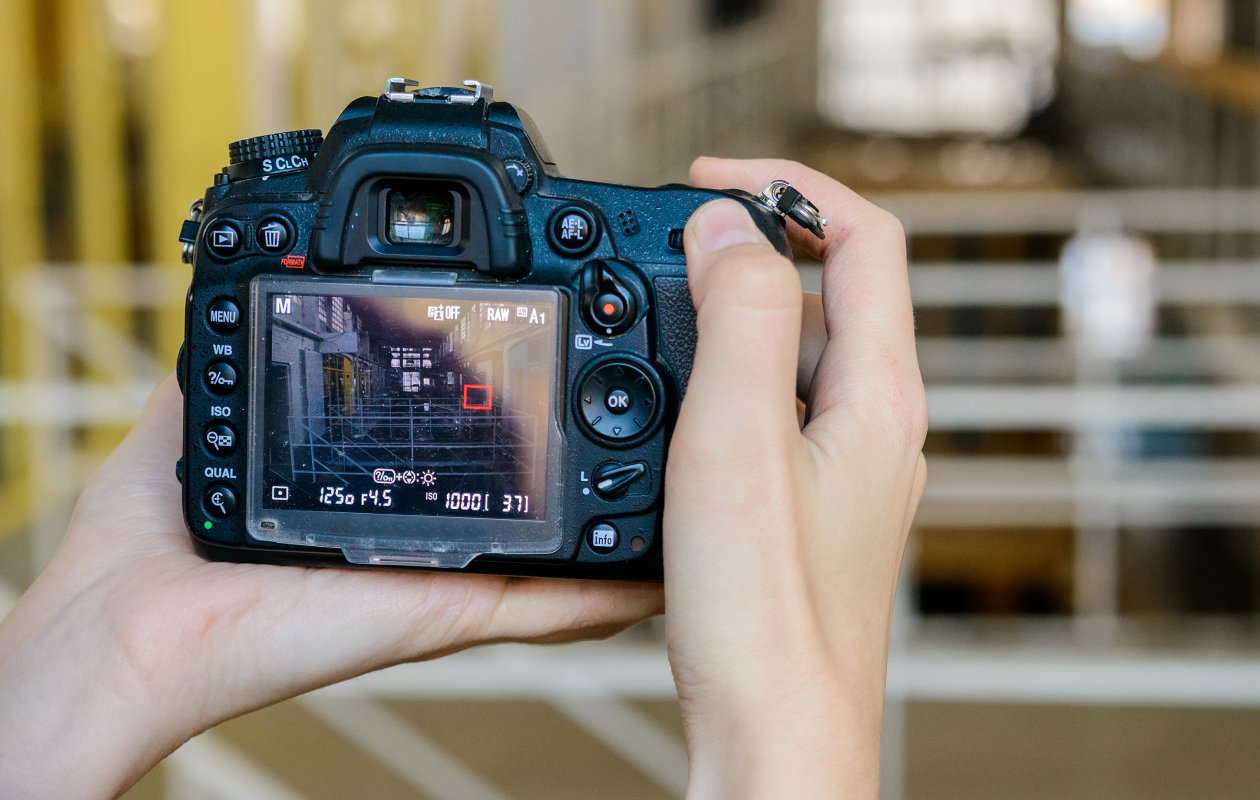 Whether you’re a YouTuber, filmmaker, video creator, or director, B-roll should be a familiar term. B-roll plays a transformative role in converting standard footage into a compelling story. When effectively used, b-roll footage is key to producing professional films that draw the audience in and keep them engaged.

The best thing about it? Introducing B-roll into your video creation process is super easy, and you’ll start to see the benefits straight away.

This article will give you a comprehensive overview of the what, when, and how of B-Roll. Let’s jump right in.

The term b-roll refers to footage interspersed within the main narrative shots to reinforce, complement, supplement, or contextualize it.

You’ll also see B-roll referred to as B-Roll and B Reel.

A-roll is the main primary footage that portrays the overarching narrative of the film or video. B-roll, therefore, is the secondary footage that supplements the A-roll.

Although the terms A-roll and B-roll imply a hierarchy of importance, this isn’t the case. Let’s clarify: B-roll footage is just as important as A-roll footage.

Why is it called B-roll?

The origins of the term B-roll lie in analog film. Specifically, the narrow film stock used in 16 mm film suffered from visible splices. To remedy this, the shots were spliced to opaque black leader, which would hide the splice. Two shots were assembled, with the odd-numbered shots on the A-roll and the even on the B-roll.

As we mentioned above, it’s easy to underestimate the importance of b-roll and dedicate all your attention to your A-roll footage. In reality, B-roll can bring many benefits to your film that you might not expect:

B-roll elevates the production value of your video

B-roll is an effective way to camouflage points in your A-roll footage that have awkward jumps or transitions. This will probably arise because you’ve had to edit out a mistake background noise or simply because you want to cut away from that section. Either way, B-roll helps you do this seamlessly.

B-roll shots help you create a dynamic video that is visually interesting and engaging. The way you intersperse your B-roll footage is also a way to get creative and add your personal touch to your film.

Beyond the aesthetic value that B-roll footage brings, it also supports your video’s narrative and story. B-roll cutaway shots should reinforce your overarching theme, message, or story. Overall, it should make your video easier to follow and engage with and help your audience connect with your film.

As the saying goes, a picture is worth a thousand words - and this is precisely what B-roll does. Rather than explicitly explaining something, such as the location of your film, to your viewer, you can convey the message through the use of B-roll shots. Think about a YouTube vlog; for example, a simple b-roll montage at the beginning will set the scene quickly and effectively.

From a video creators’ perspective, B-roll can be a lifesaver in post-production editing. As long as you capture enough footage, you’ll have the freedom to play around with how you edit your A-roll and B-roll together. Plus, as we said earlier, if you find an unexpected awkward transition, B-roll can help patch things up while still looking professional.

When To Use B-roll?

Video making is a creative endeavor which means it’s pretty much up to you when and how you use B-roll. However, although it sounds like industry jargon, B-roll is not just reserved for professional filmmakers. YouTubers and other video creators can use B-roll to harness all the benefits outlined above.

When Not To Use B-roll?

As we said, there’s no formula for how and when to use B-roll, and it’ll come down to your creative eye. That said, don’t try to use B-roll just for the sake of it. Ensure that it adds actual value to your video.

Although B-roll refers to a type of footage that has a specific role, there are different kinds of shots that you can use. The most appropriate type of b-roll will depend on the nature of your film. Here are a few examples:

Archival footage will be particularly appropriate if you’re producing a film with some sort of historical context. You can bring the story to life using archival footage and evidence of your historical points with real-life shots.

See how Vox used archival footage in their video ‘A Brief History of America and Cuba’ at 1:28.

Dramatic re-enactments help the viewer visualize a series of events without actual footage.

See this documentary about Magellan’s crossing for a great example.

If you’re short on time or simply don’t have the resources to shoot the necessary b-roll, using stock footage can be a great hack that gives the same effect. Stock footage libraries boast wide ranges of ready-to-use shots that cater to all kinds of films.

This New York Times Video ‘How China is Changing Your Internet’ uses a lot of stock footage B-Roll.

Visual detail B-roll shots are close-ups that capture finer details that may otherwise have been overlooked. Think of a nature documentary, for example. You might see a distance shot of an animal and then be drawn closer to take a more detailed look, all while hearing more about the creature from the narrator.

Watch this clip from one of David Attenborough’s greatest moments for an example of how close-ups can be used (5:03 - 8:45).

Storytelling B-roll usually relates directly to speech or dialogue, helping the viewer connect with what the speaker is saying.

Watch how Vox intersperses clips of Bill Gates speaking with other shots to contextualize what he’s talking about in his interview about what he hopes we learn from coronavirus.

This kind of B-roll helps set the mood or introduce a scene or location transition. A good example might be a montage of a city or place. They don’t necessarily have to correlate directly to the A-roll footage preceding or following but act as a bridge or linking segment.

This video reel shows all of the TV show Seinfeld’s transitions and establishing shots.

How To Shoot B-roll?

Best Practices For Getting Your Own B-roll

Shoot more than you think you need

Shooting b-roll may feel like a chore or additional effort, but you’ll thank yourself later for all that extra footage. Always take the time to capture that extra shot or film the small moment or detail - you never know what you might end up using.

Plan Ahead (if you can)

If you’re able to, planning for the shots you need will make your life a whole lot easier. Including your b-roll shots in your shot list will help to integrate B-roll into your overall work and production flow, allowing you to get the shots you need in the time you have.

Another consideration is that you’ll only be able to shoot some type of B-roll after you’ve wrapped your A-roll. For example, if you want footage that reinforces dialogue in an interview, you’ll need to see what was said before determining the kinds of clips you’ll need.

In addition, as we see below, keep in mind that accidental or serendipitously captured b-roll footage can be just as valuable.

Counterbalance the shots you’ve already got

The whole point of B-roll is to supplement and complement your A-roll footage. For this reason, try and counterbalance the shots you’ve already got rather than capturing more of the same. This will make for a more exciting and dynamic final product.

Capture a variety of angles and shots

Ensure to shoot a variety of shots. The whole point of B-roll is to give you an entire bank of alternative footage. You want a mix of camera angles, wide-angle shots, close-ups, frame rates, slow motion, drone shots, and more.

Last but not least, don’t underestimate the value of unplanned or unscripted b-roll. This is especially the case in situations with people interacting and speaking. You may just find that you get the perfect b-roll shot if you keep the camera rolling.

How to Edit B-roll?

Again, there’s no single way to edit B-roll, but there are some best practices and tips that you can stick to.

Use B-roll for seamless transitions

Easy but highly effective use of B-roll creates smooth transitions between shots.

Use B-roll to pace your video

B-roll can be an effective way of balancing the tempo of your video. You can either use b-roll to build momentum or tension or give your audience some breathing room to reflect.

Ample b-roll footage will give you the creative freedom to experiment with your video and add some serious production value to it. Plus, they’re a great way of adding your creative signature to your work.

How To Find The Right B-roll For Your Video

As we’ve seen, the right B-roll for your video will depend on what kind of story you’re trying to tell. Get creative and experiment.

How do you tell a story with B-roll?

B-roll is only part of telling a story. The most compelling storytelling comes from the interplay between your A-roll and B-roll footage.

How To Make B-roll Work For You

What you do with B-roll is up to you. You’ll reap the most benefits if you think about how B-roll will compliment your film and benefit the overall narrative.

What is B-roll in an interview?

B-roll is essential for making your interview more dynamic and engaging. By nature, interviews are relatively static formats. For this reason, B-roll is critical for lending some movement and dynamism to an otherwise fairly standard and unengaging setup. B-roll also helps to contextualize and reinforce what the interviewee is saying.

How does B-roll help when editing?

As we saw earlier, B-roll gives you a way to conceal awkward transitions and cuts. It also equips you with the valuable creative freedom to elevate your film and strengthen your storytelling. 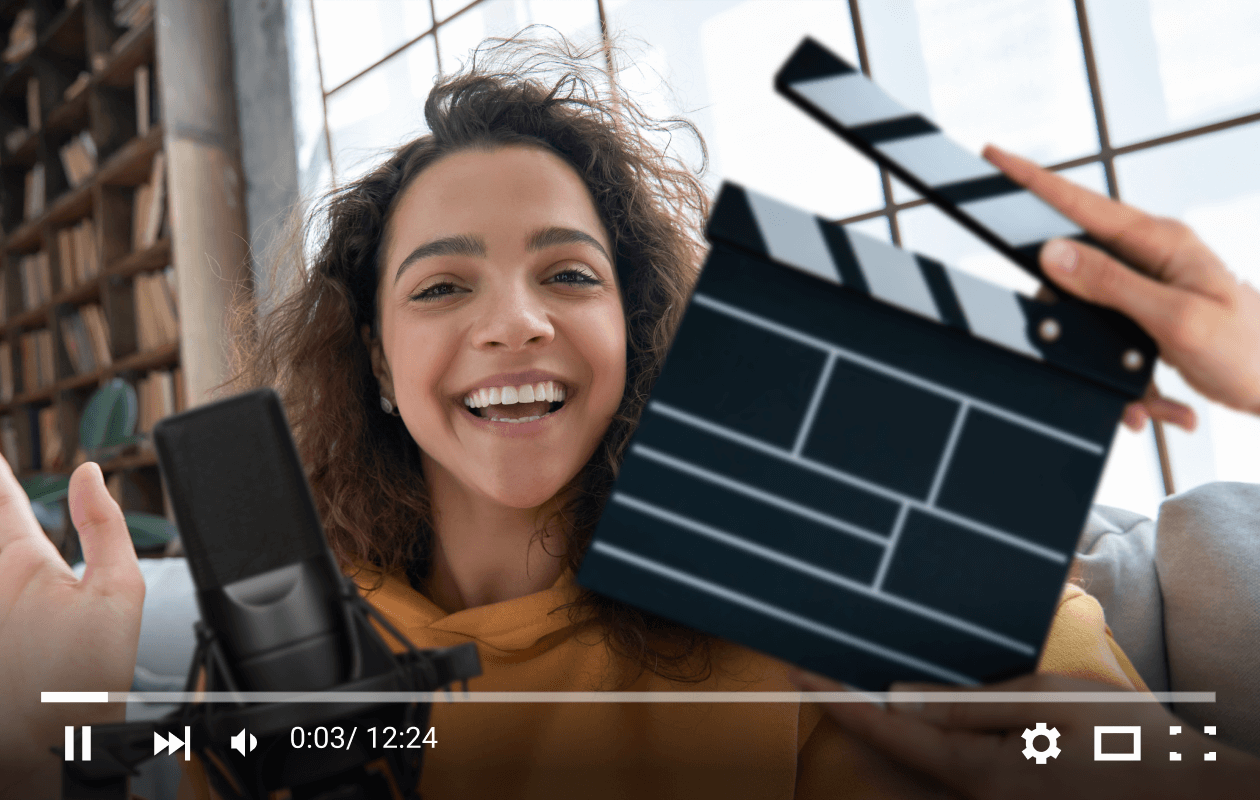 33+ YouTube Video Ideas + A Framework to Come Up With Yours

33+ YouTube Video Ideas + A Framework to Come Up With Yours 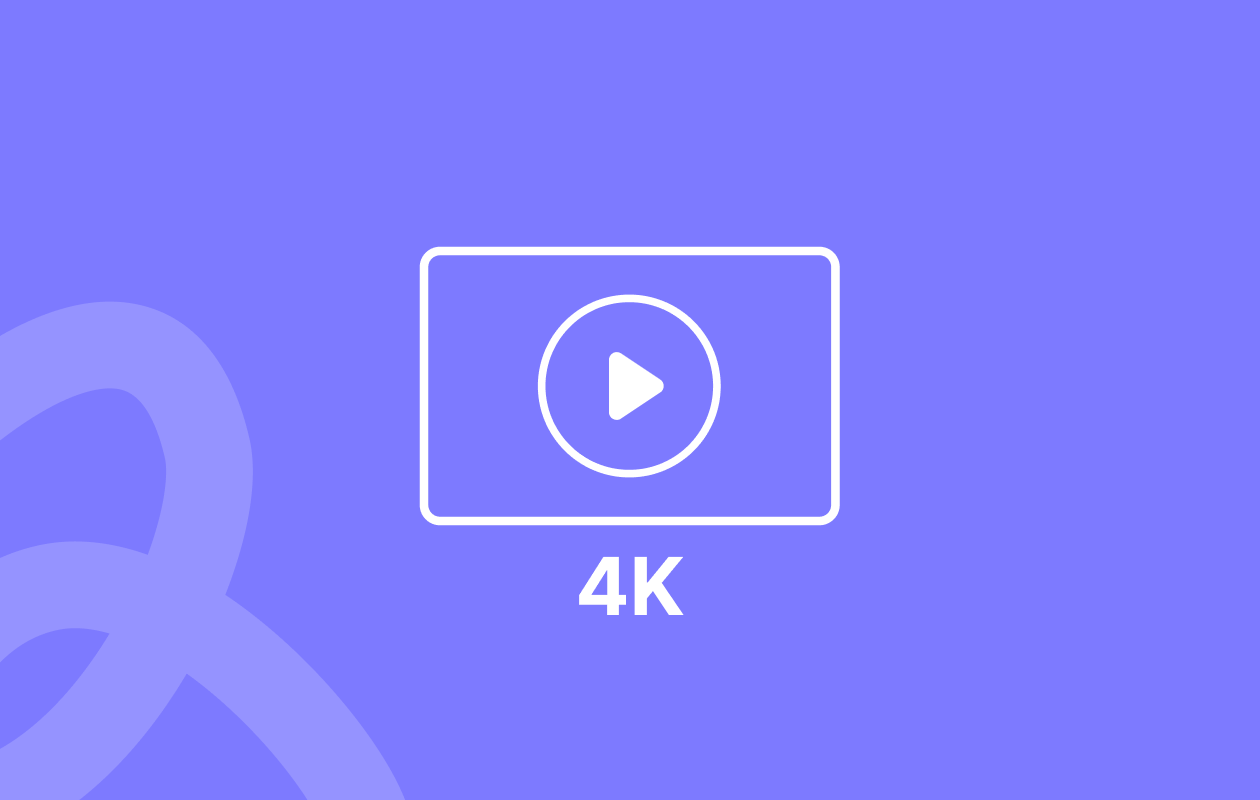 How to Record Online Videos Easily in High-Definition

How to Record Online Videos Easily in High-Definition 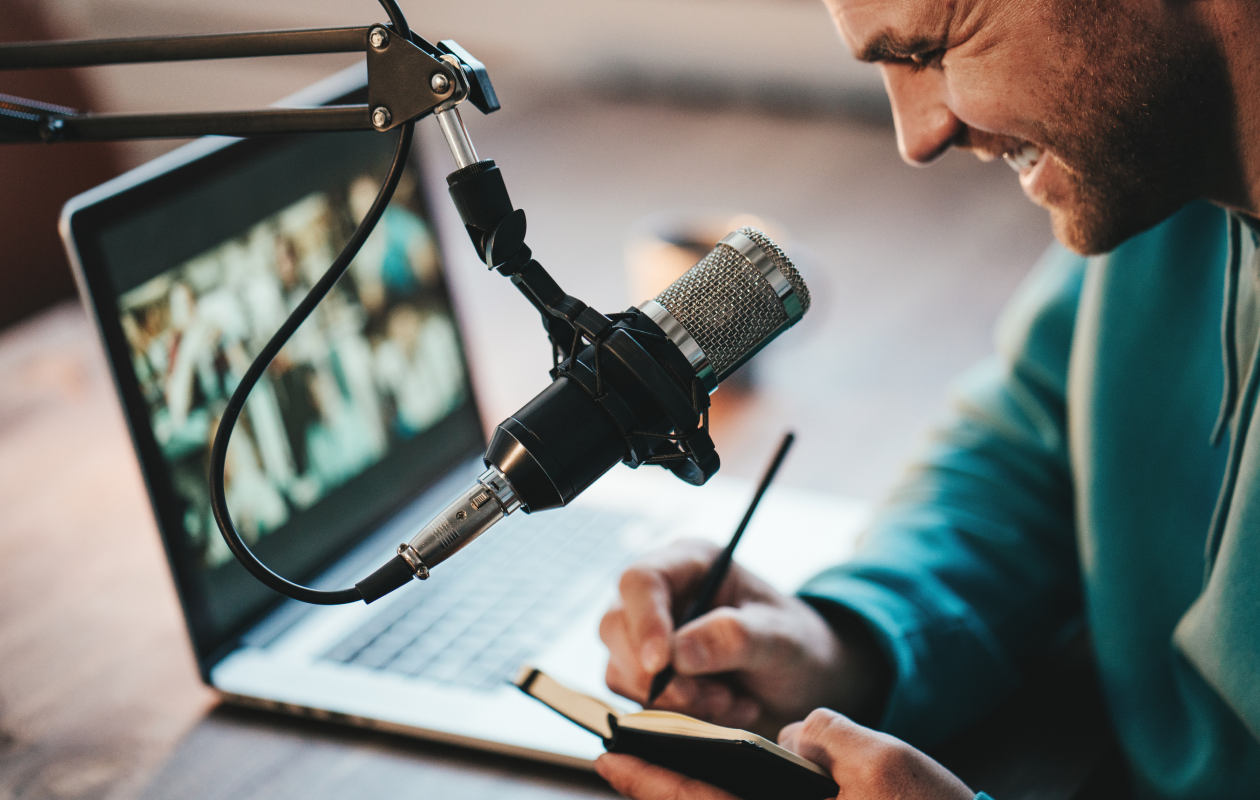 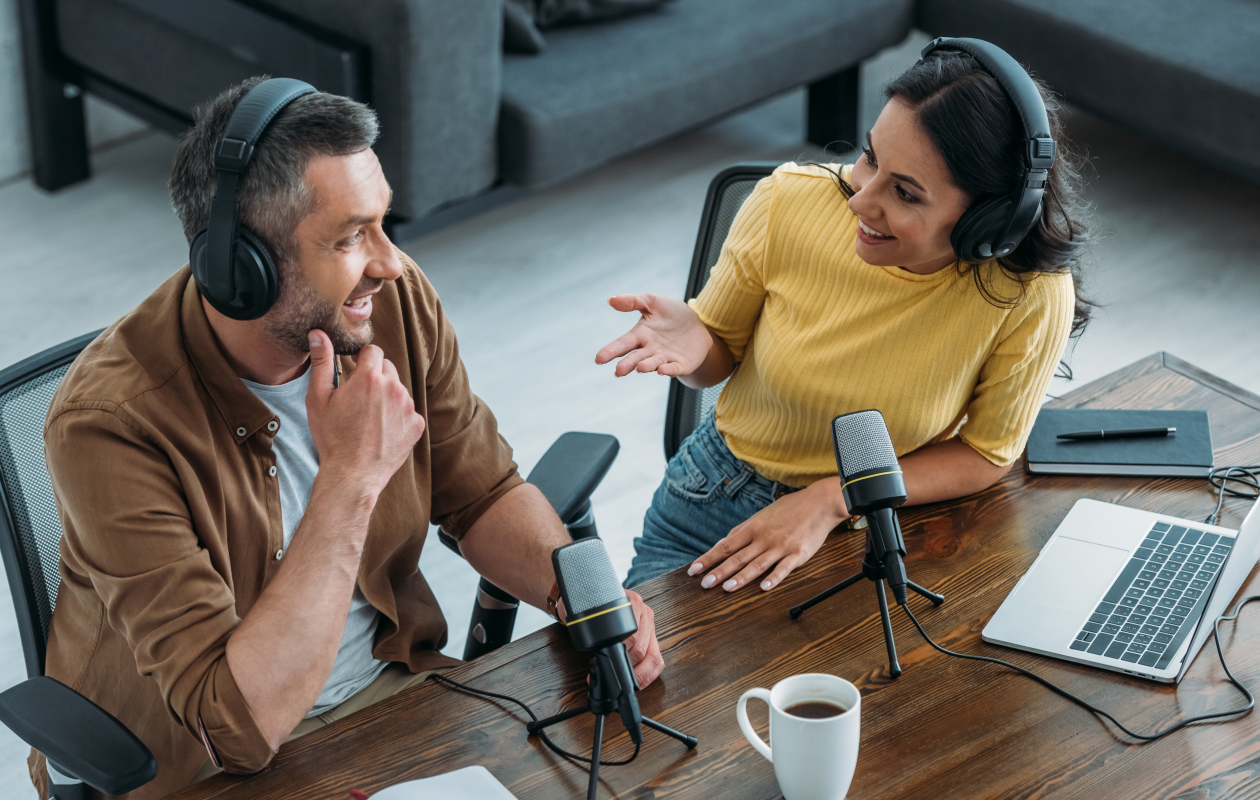