How to Use Producer Mode on Riverside

Riverside lets you invite someone in Producer mode to manage the technical aspects of your remote recording. Watch this video to learn more about Producer mode. 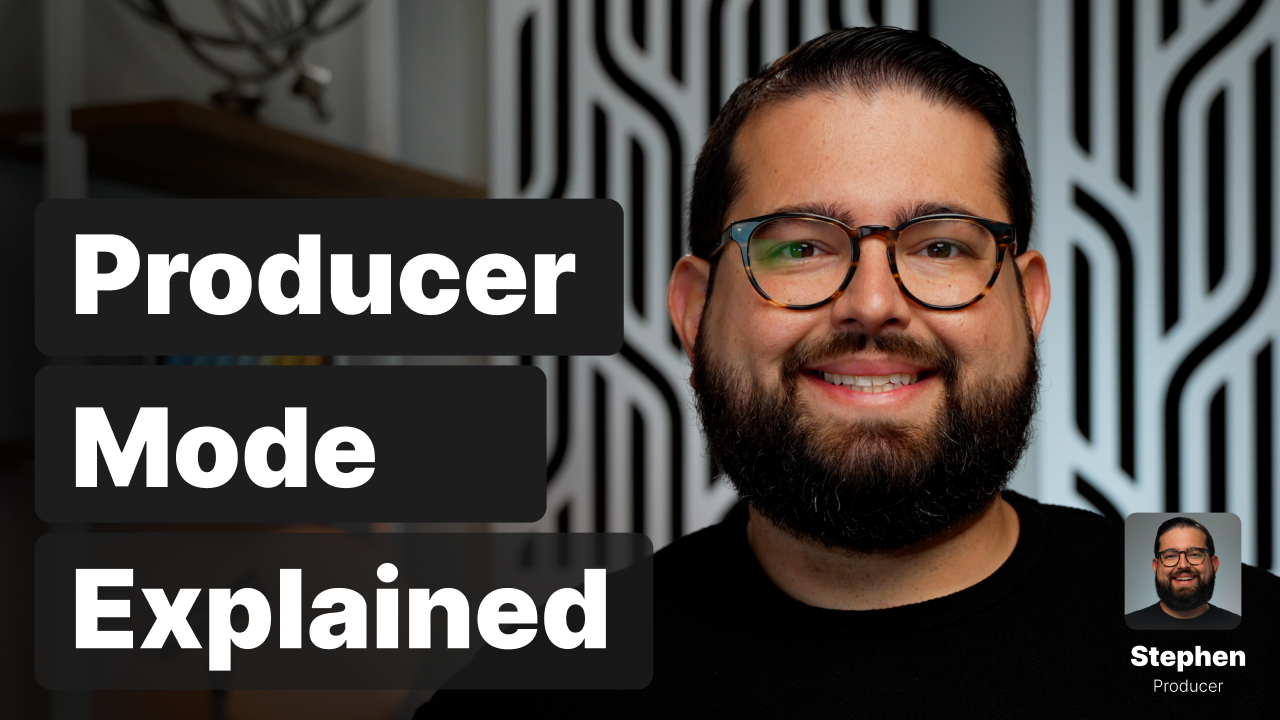 When you're hosting a video podcast or important recording, trying to deal with audio settings and waiting room and the live chat can split your attention from actually making great content. That's why when you use Riverside, you can invite someone specifically as a producer, a producer can adjust participant volume settings except guests from the waiting room and deal with the technical aspects of your recording. Leaving you to focus on your guests and your show. You can invite someone else to be a producer in your studio or join your own studio as a produce. Here's how to do both to invite a producer to your recording. When you first enter the studio, you can click the dropdown that says guest and select producer, and then copy that link or send an email to the person you wanna invite.

If multiple people are already in the call, you can click the invite people button up at the top. After someone clicks that link to join as a producer, they'll be presented with this screen, they can enter their name and they'll see the producer tag next to. You can choose I'm using headphones or not using headphones and they can choose my camera or speakers. They can also turn these off and still be a producer without anyone seeing or hearing them. Producers are also not recorded as a part of the call. And that's important to remember if you invite someone as a producer and you record the call. They will not have separate audio and video tracks. Once the call has ended, producers are not recorded once the producer has their settings, they can hit continue. It will describe the role as producer. Again, video and audio won't be recorded.

They can manage guests in the lobby, monitor and adjust audio levels and just keep an eye on the show. Overall, this is what the Riverside interface looks like when you are a producer, when you invite a producer to the recording, they actually won't have a button to start and stop. That's reserved only for the host of that studio. When you join as a producer and it's your studio, you can record and I'll show you that in a moment, producers have full control over their mic, camera and speaker access, and they can also turn those off. If they wanna be a silent producer and not be seen or heard on the call, producers can also share their screen. Which is helpful if you wanna do a screen share session during the recording, but you, as the host, don't wanna have to split your attention between screen sharing and the rest of your guests.

So the producer can share their screen, control the content, and you can focus on your recording. Producers can see the audio levels of each participant and even adjust those audio levels if necessary, and producers can see the microphone, input, speakers and camera being used by all the participants. Producers also have access to see guests in the waiting. And can approve them to join the recording or deny them, and they'll be removed from the call. Another great feature of Riverside is you can actually invite audience members to observe a recording and actually do a live call in when an audience member has a question they want to add to the recording, a producer or the host can actually admit them into the call.

And then that audience member will be recorded. As a producer, you'll see when a guest has a live call in request and you can accept or deny their request. And I'll actually become a part of the call. When you accept, once that audience member has asked their question, you can then remove them from the call. So they're still not there and they won't be recorded once you remove them. Once the host or host producer of the recording stops recording. Then the producer can also end the call for all participants. The producer can tap the leave button and then end meeting for all as always, you get the upload status there and you can make sure all of your guest recordings get uploaded before they close their browser window.

Now, if this is your studio and you're the host of the recording, you can also join as the producer. Then your video and audio won't be recorded, but you still have all your host, permissions and producer access. Before you jump into your studio on this screen, you can click join as producer you'll. Then see the producer tag next to your name. You say, if you're using headphones or not, and hit continue, once you enter the studio. Now you have access to all of your settings as the host and producer. So as a host producer, you can actually start the recording of your call, right? Plus you can invite others as producers, guests, or audience members.

Producer mode is a great way to give someone else access to all the technical settings. Audio guests, live chat so you can focus on your guests, your show, and making great content. Leave a comment below and let us know how you use producer mode or how you use Riverside and drop a like if you learn something and subscribe to the channel, because we have lots of content on podcast creation, video creation, using Riverside for a lot more. Thanks for tuning in, we'll see you in the next video. 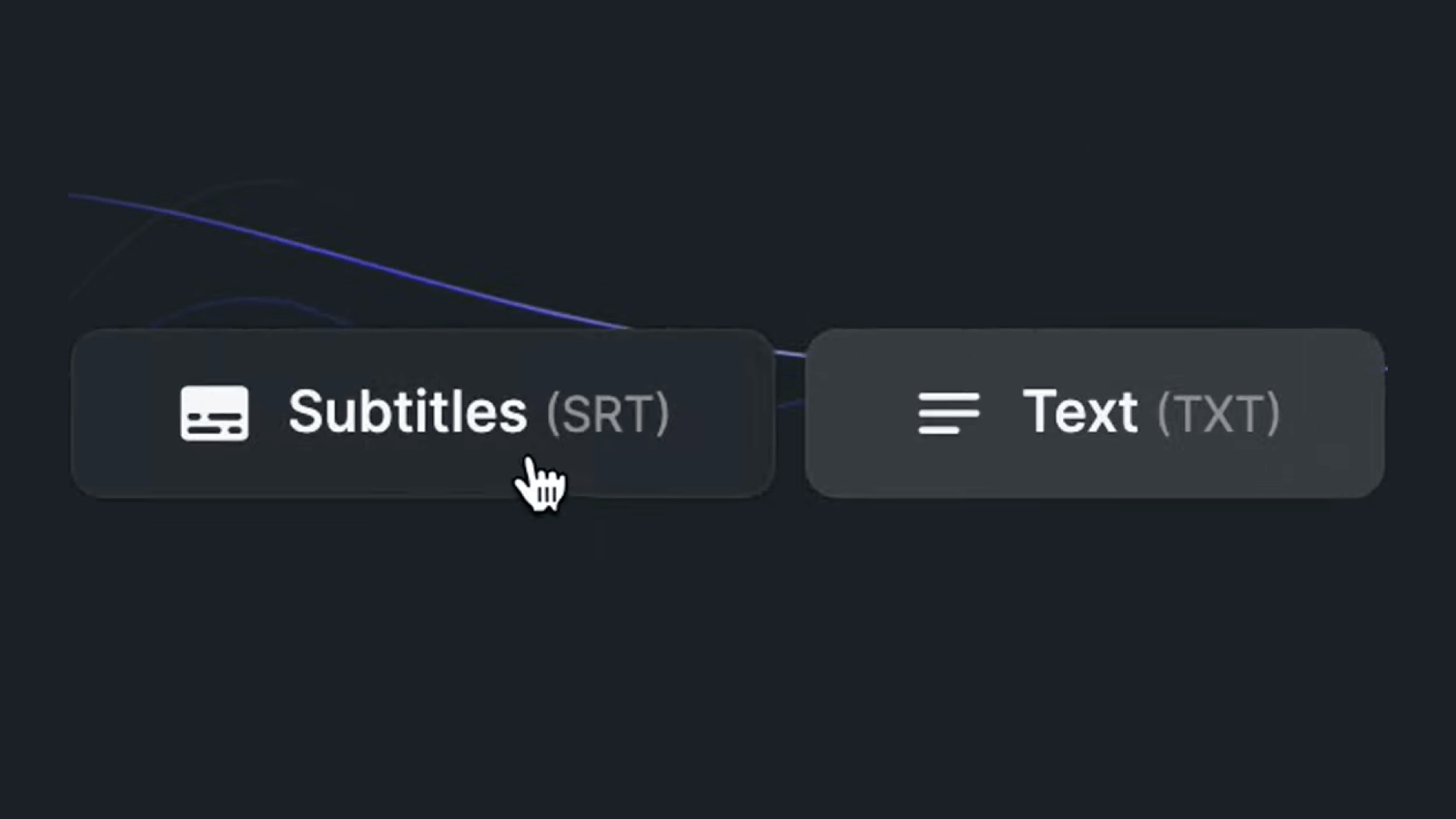 How to Generate Podcast Transcripts on Riverside

Learn how to generate transcripts so you can add them to your YouTube videos or website and give your podcasts an SEO boost. 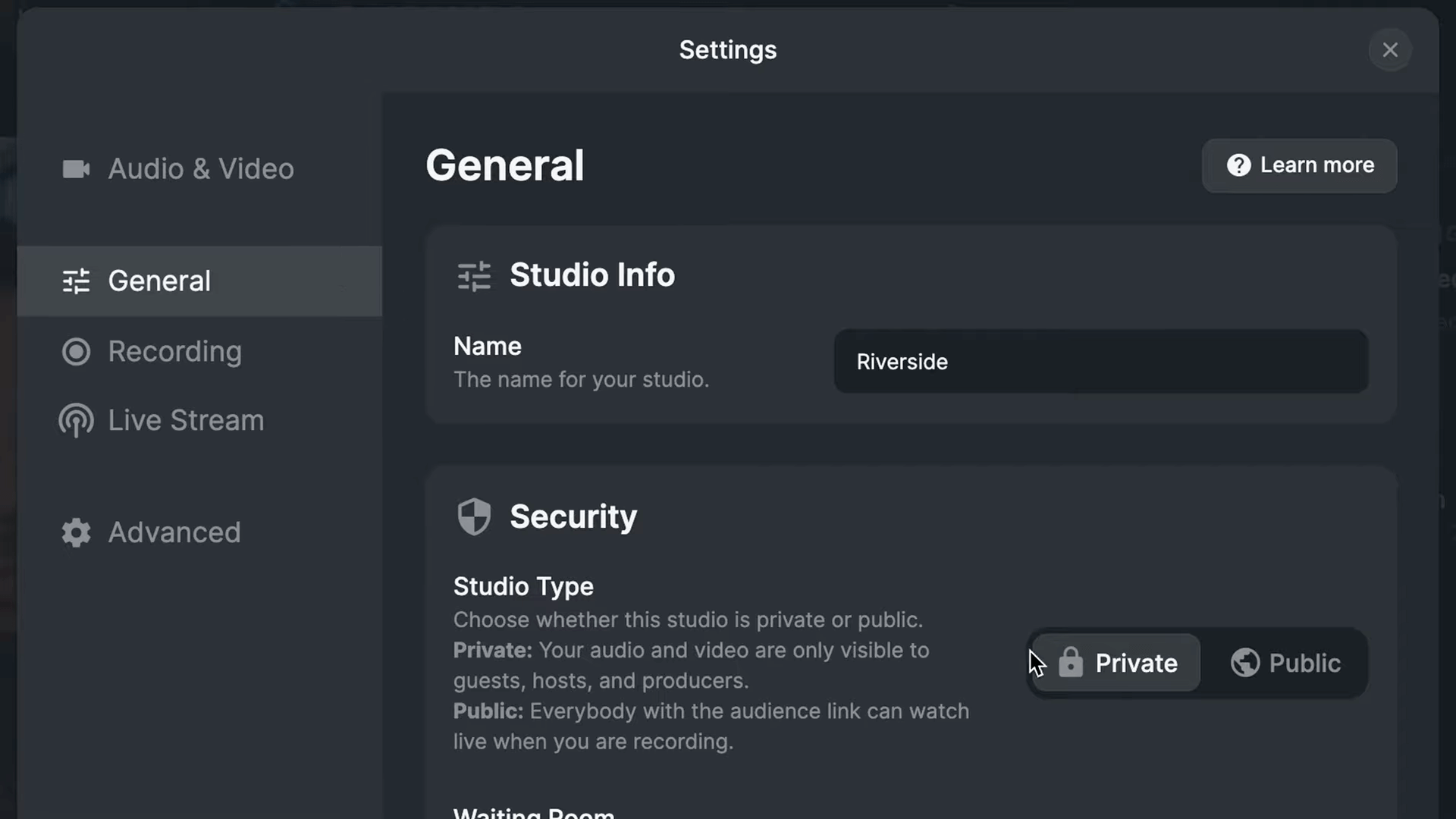 This video will walk you through the new studio settings and sidebar in the Riverside studio to make sure you get the best recording quality. 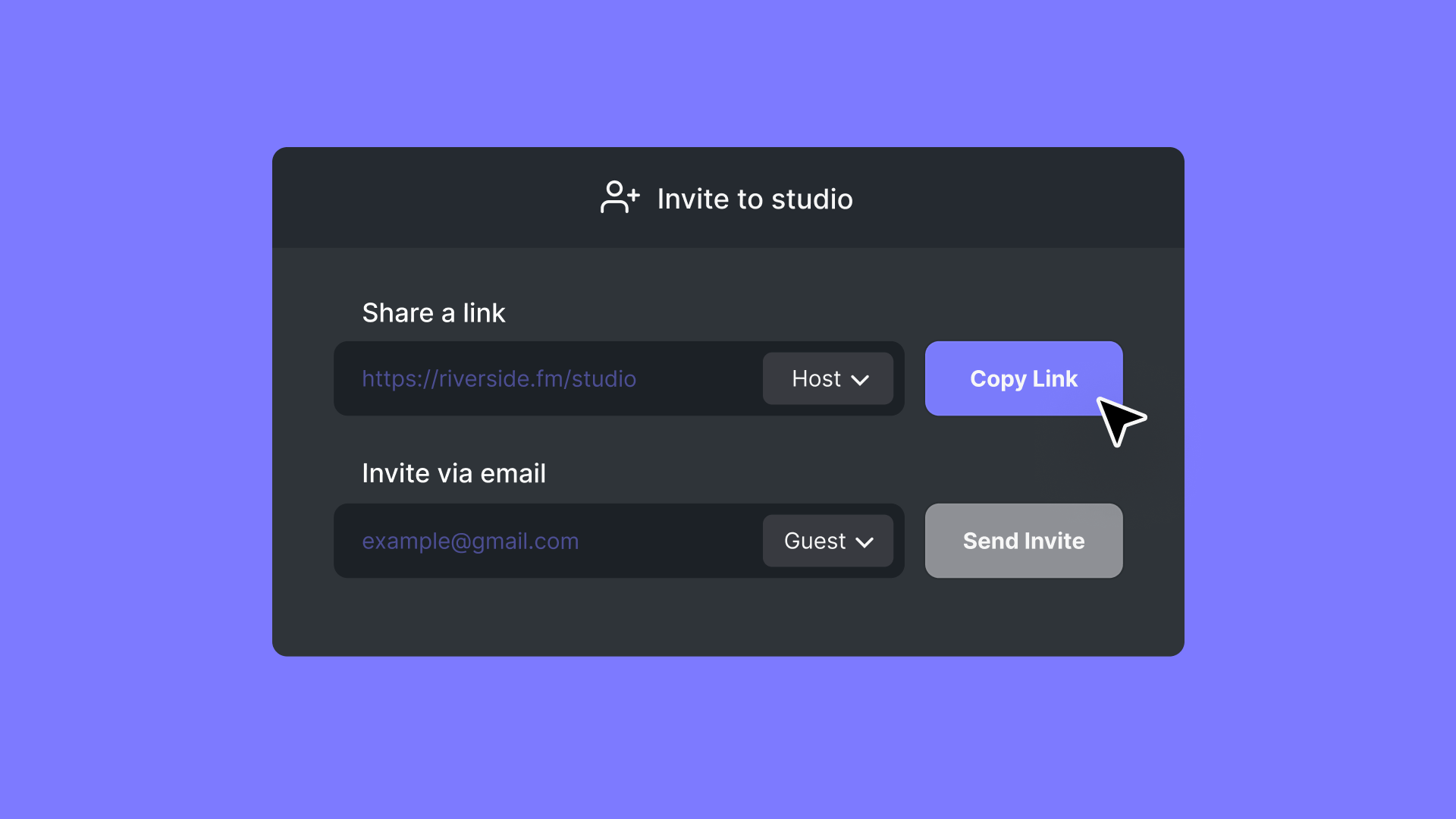 How To Send Invites for Audience, Guest and Producer Modes

Check out this video to learn how you can send different invites for audience, guest and producer modes. 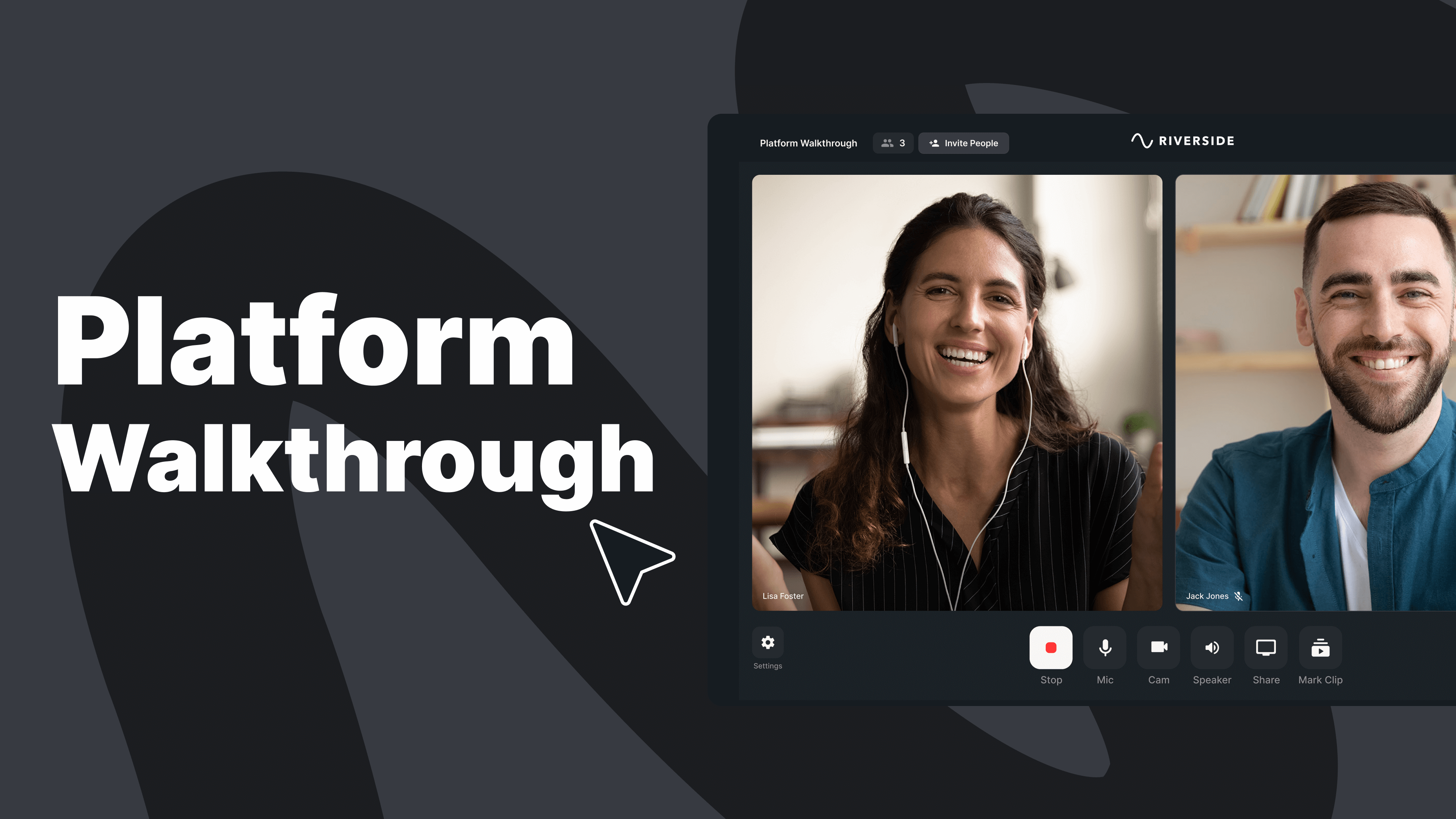 Get familiar with the Riverside platform and learn the ins and outs to bring your show to the next level. 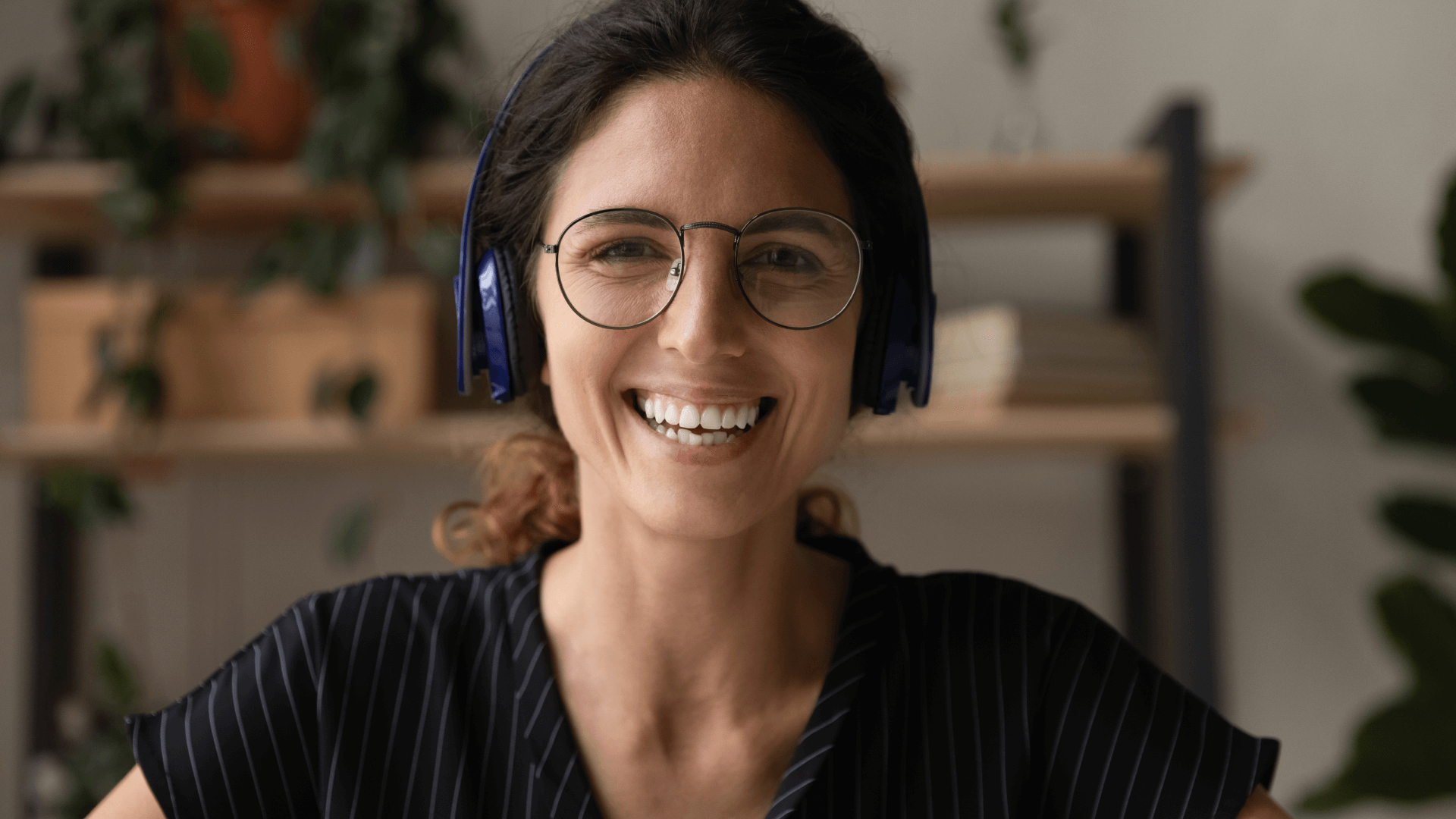 How To Prepare Guests To Attend a Riverside Recording

This video will walk you through how to get set-up on Riverside and prepare your guests so they feel comfortable before you hit record. 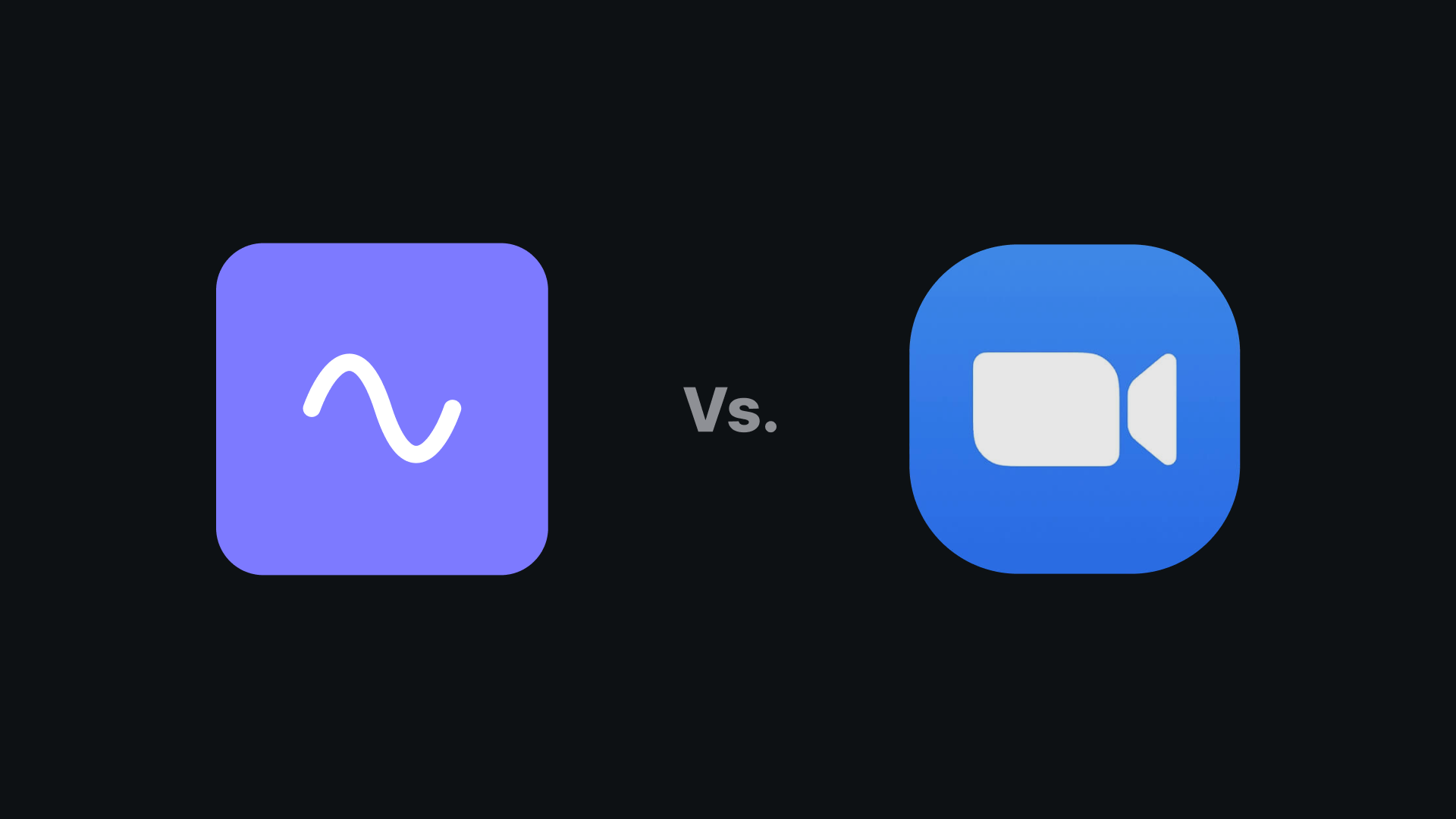 See a comparison of Zoom and Riverside recording quality and learn how you can take your podcast or videos to the next level with Riverside.

Ready to record your next video or podcast?