How to Record a Podcast with In-Person and Remote Guests

Recording your audio or video content with a combination of remote and live, in-person guests can be a challenge but it is possible. Learn how you can capture high-quality video and audio of each participant, and download isolated audio and video tracks to edit later. 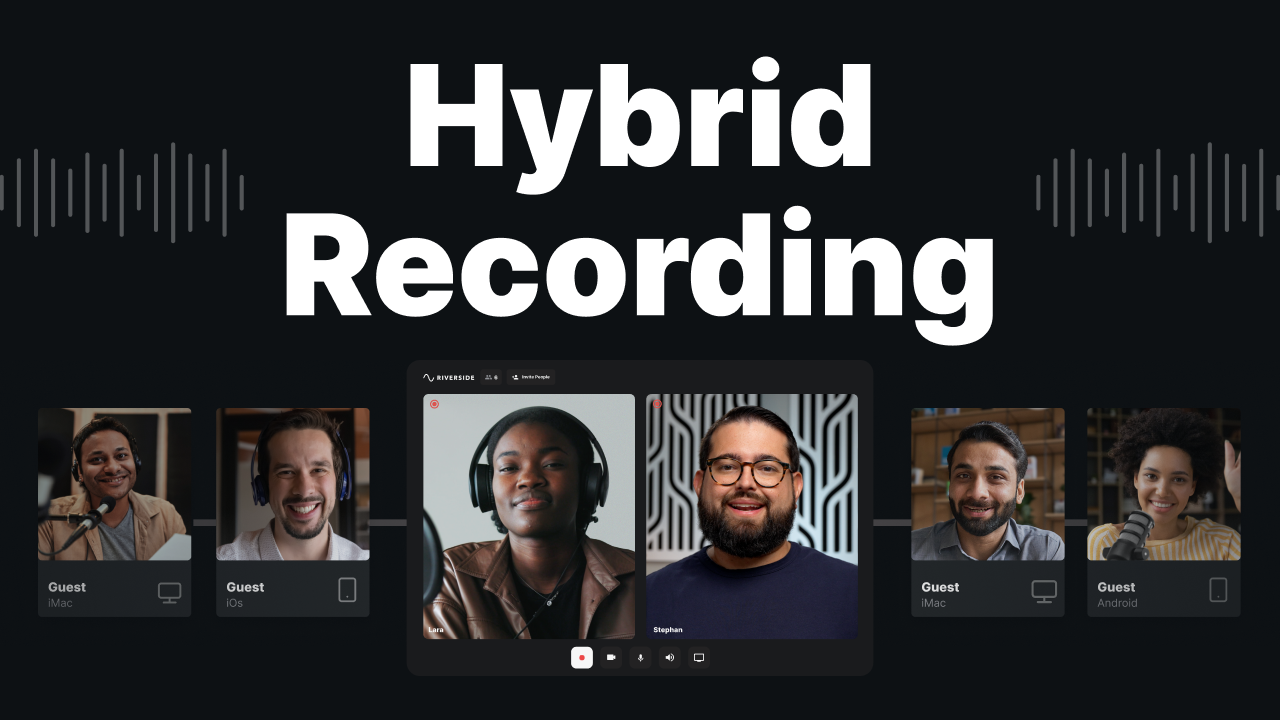 Have you ever wanted to record a podcast or interview with guests in person with you and others remotely online, this kind of hybrid setup can be challenging. You want separate, clean audio and video recordings for every participant. You want everyone to be able to see and hear each other at the same time.

And ideally, it's nice to have redundant recordings in case anything goes wrong. We're gonna provide you some solutions to those three major challenges to this kind of hybrid recording. And even recommend an application for the Mac that can supercharge all of your recordings. Here's how to conduct hybrid interviews with people in person and remotely.

The first challenge is headphones. How is everyone gonna hear each other? Your remote guests have the most flexibility. They're probably alone recording in a room so they can use whatever headphones they like wired, even wireless when they use Riverside. Any of those options will work now for those, with you in person during the recording, you're gonna need some different solutions for headphones.

And before you jump into the live studio, you have a chance to preview your camera and check any microphone and headphones settings. You definitely wanna use a pair of headphones otherwise. The voice of your other participants will be heard in your microphone. You can turn on echo cancellation in Riverside, but you'll get a better quality recording if everyone's wearing headphones.

Now, when it comes to the camera on your iPad, iPads don't have the ability to use external webcams or mirrorless cameras in the device so you have to use the built in camera on your iPad. Now cameras on iPads can vary in quality depending on the age of your device. Just make sure you're in a welled room so your iPad doesn't have to boost those low light levels, cuz that's when it gets noisy or grainy video and you won't have the best quality possible.

Now one feature you might see on some iPads is called center stage modern iPads use center stage, which it can actually follow you around the room as you move.

We would actually recommend leaving center stage because what it's actually doing is zooming in on the video and you're losing pixels or losing quality of your video because it's zooming in as you record. So this symbol right here for center stage, which is right before you actually joined the live studio, we recommend turning that off.

This is what it looks like with center stage turned off. The camera stays in one place. It's a static shot, but if you turn center stage on, you'll see, it'll start zooming in on my face and it'll actually try to follow me as I move around the room. Again, it can be unpredictable and you're losing quality because it's zoomed in.

This is a limitation of the iPad software itself, not the Riverside app. So you will have to go between talking and listening in your recording, but if your USB microphone has a built in headphone Jack, and you can plug in those wired headphones tap, No and then you'll be able to both hear and speak at the same time without toggling.

During the recording. Now you can invite guests, producers, or you can invite audience members who just view, but actually don't participate in the call. Producers can have background tasks and actually produce the show, but they won't be recorded. You can learn more about producers in the video above, but if you wanna invite other participants, those that you'll record actually on the call, maybe it's your podcast co-host or a special guest, then you wanna send a guest invite.

When you hit send guest invite, you can either copy a link or hit the more. And you'll see the typical share sheet where you can then send a link via text, email, or various other ways. Now, once all the participants are on their call and you're ready to record you as the host can hit the record button and you'll see the recording gives you the countdown and it'll begin recording all the participants on separate video tracks and audio tracks.

You'll get separate recordings. For each participant to give you a little preview of what the iPad camera quality will look like. This is the 2021 M one iPad pro, and I'm recording it with the built in front facing camera center stage is turned off and I'm using a USB microphone. So again, you can get pretty great sounding audio.

And if you have proper lighting, not in a dim area, you could be in a quiet environment. You can get a great quality recording as with all your Riverside calls. You'll see an upload monitor there in the top, right corner of your screen. You can see that Riverside is uploading your audio and video as the call progresses.

So even if someone drops out, you still get access to the amount of recording that's been uploaded, and you could even invite a producer to join you in the recording. And if they're on a computer, they can access things like the chat room, allow guests in from the waiting room and other things that you might not be able to do in the iPad app.

Those are things the producer can handle while they're on the call. When you're ready to end the recording, you can hit the stop. You'll get confirmation that the recording has been saved, and you can tell your participants. Try to wait to keep the web browser open until you see a hundred percent upload progress. 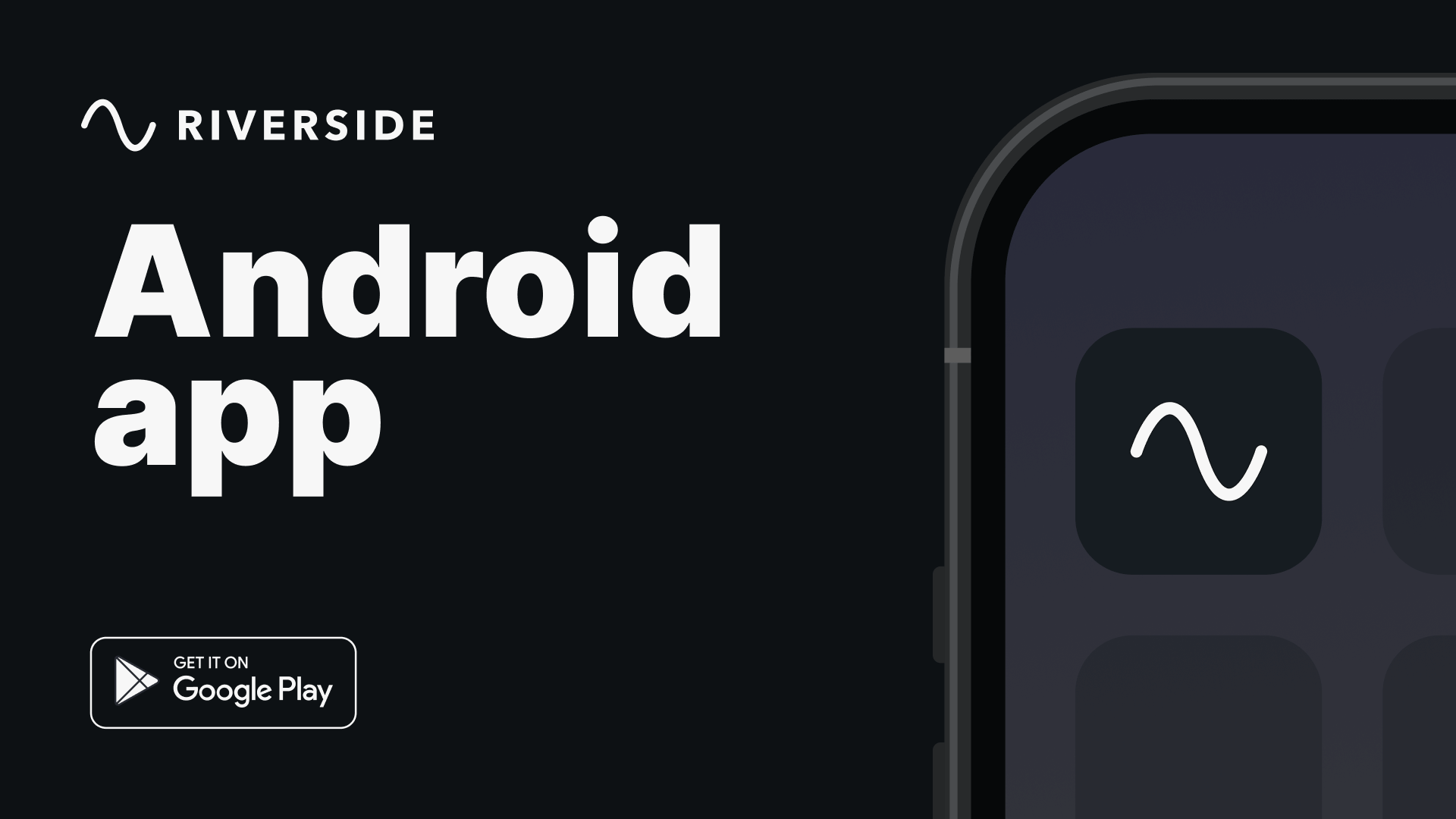 How To Record Using the Riverside Android App

Learn how to easily record anything like podcasts and webinars from anywhere, using Riverside's Android App. 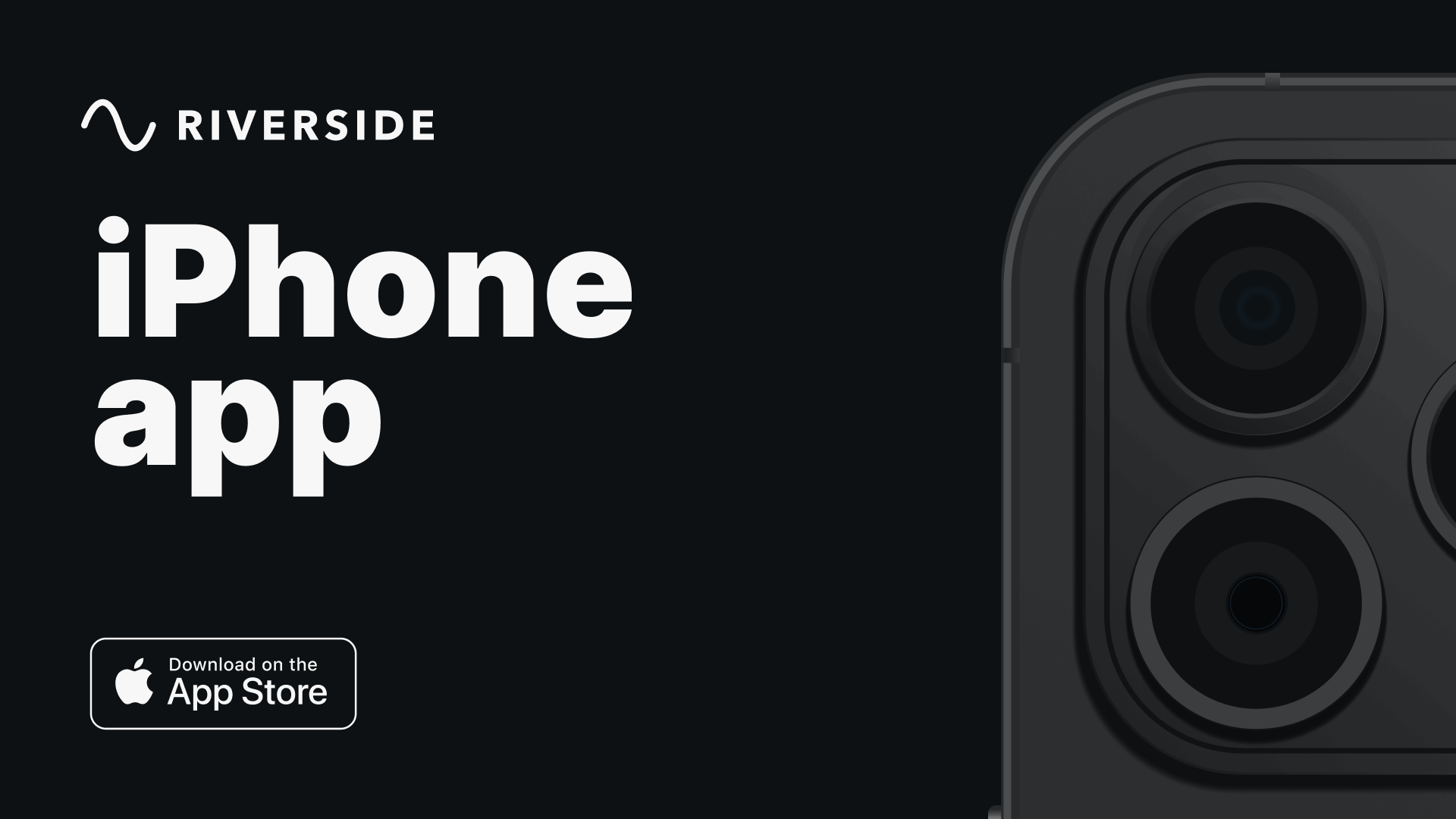 How To Record Using the Riverside iOS App

Riverside’s iPhone app is the easiest way to record high-quality audio and video from anywhere. Watch the video to learn how. 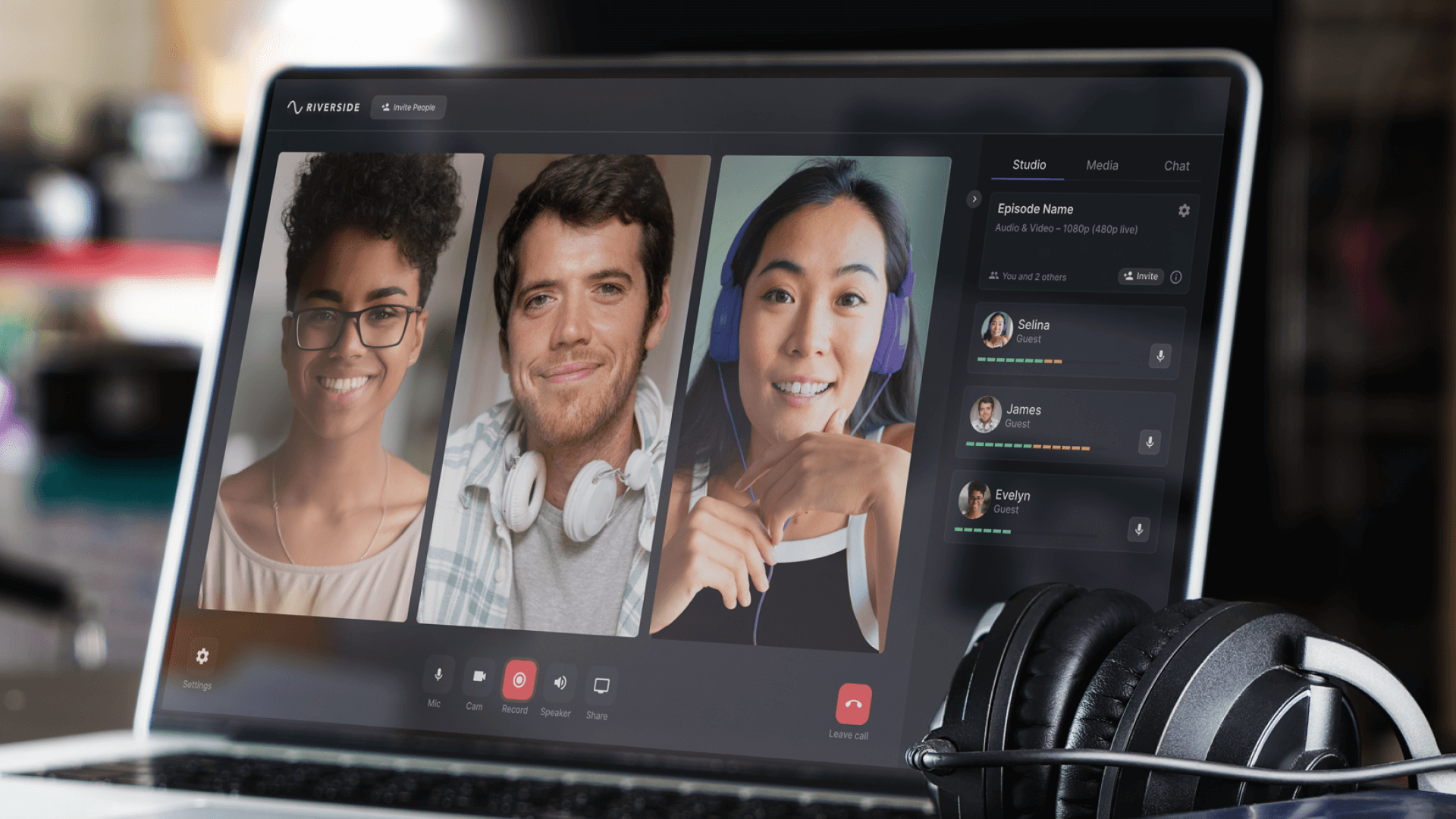 Checklist for Smooth Recording with Riverside

Review a checklist to help you prepare the perfect setting, audio set-up and more for the best recording experience with Riverside. 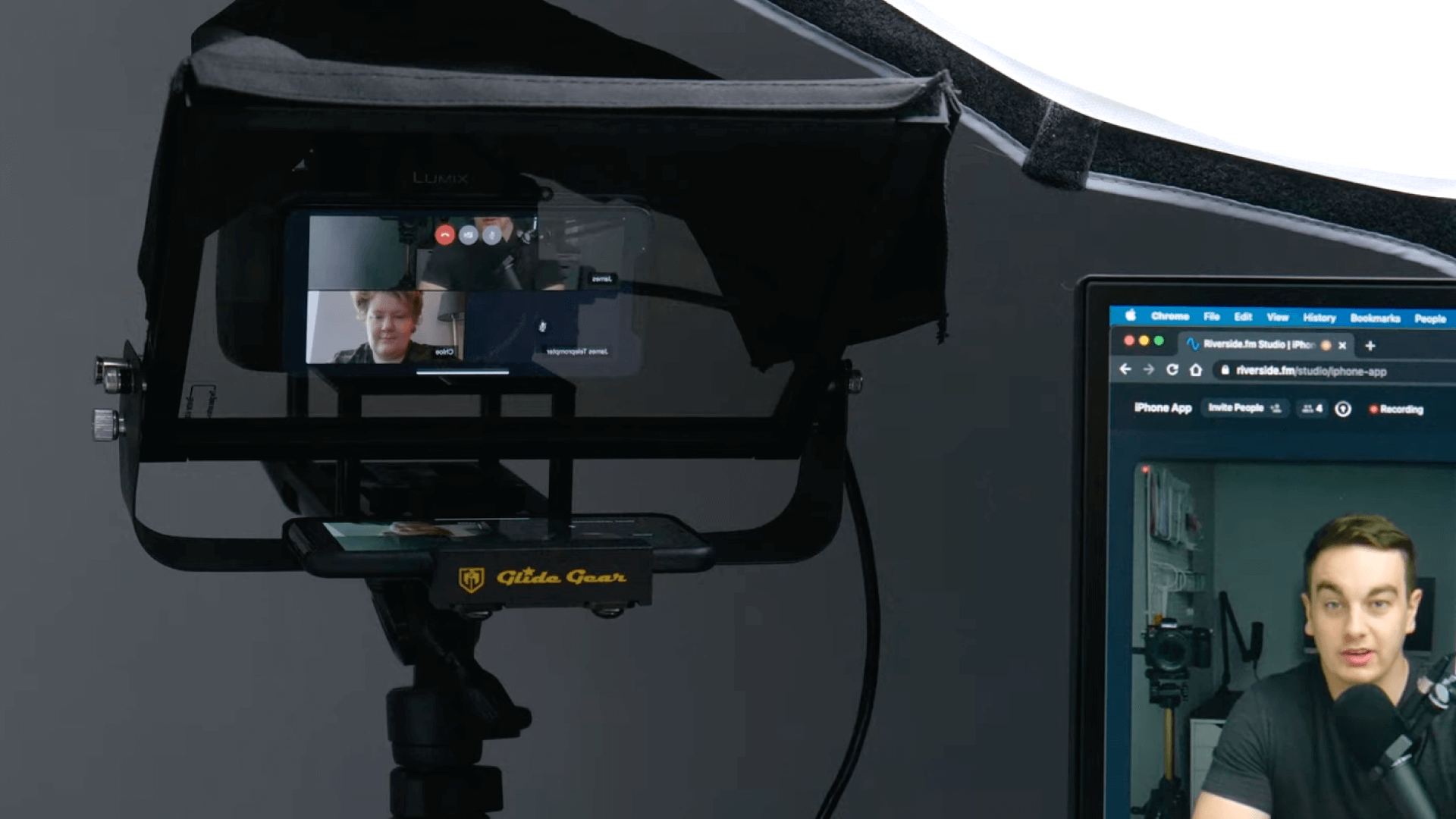 How to Use a Teleprompter with Riverside

Learn how to use a Teleprompter when recording with Riverside to make sure your eyes are on the camera at all times. 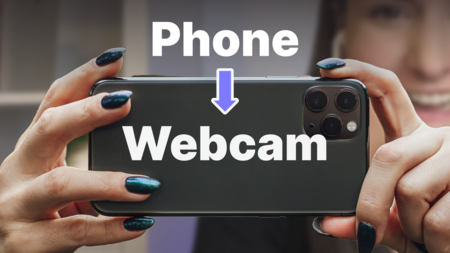 Use Your Phone As An External Webcam for HD Recordings

In this video you will learn how to use your phone camera as a webcam and take your video recordings up to 4K. 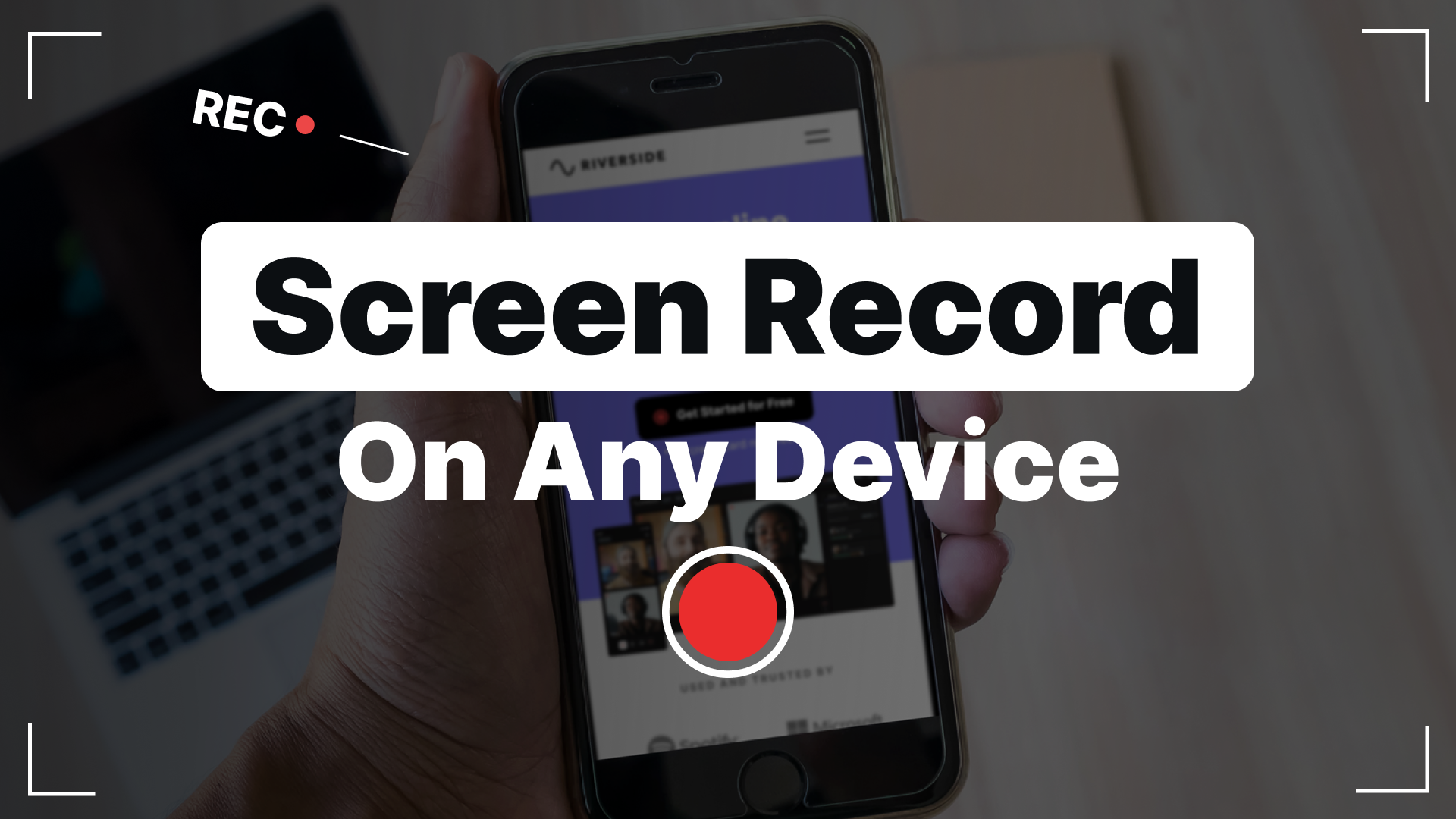 How to Screen Record on Any Device (Desktop, Mobile, Tablet)

If you want to know the best screen recorder for various devices, then you're in the right place. Learn how to screen record on iPhone & iPad and Android.

Ready to record your next video or podcast?